I write this letter with my deepest sympathy and my biggest apologizes. I commend you for your countless efforts to educate not only African Americans but people from all backgrounds, despite the negative connotation associated with your name and the world’s opinion of your importance (or should I say lack thereof). I guess it’s no secret that I am a product of you, actually the first one of you in the South and the mother of many; Shaw University.

I was pushed to write this letter to you after having lunch with one of my colleagues, who is a graduate of a PWI (for those unfamiliar with these acronyms, PWI stands for Predominantly White Institution, and HBCU stands for Historically Black Colleges and Universities). I write this not to discredit or compare PWI’s, but to simply to say thank you! Both of us were recent college graduates, so we began to share some of the things we experienced as undergraduate students. We shared some of the same war stories such as disconnected professor, 10-15 page papers, and the dining hall massacres. As we plunged deeper in the conversation it was clear that our collegiate experiences did not differ much at all. 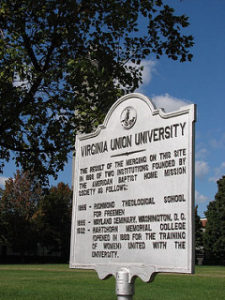 Without hesitation she stated, “Because I attended a PWI and you attended an HBCU this makes me more marketable”. I was perplexed by this, not because she was African American, but because we both consider ourselves to be educated and she said it with such confidence. We quickly began to discuss resumes. I was Student Body President, and had a host of internships, and my degree; compared to her one required internship and degree from UNC. On paper, I would be the more marketable candidate, but the question that remains a debate among students and educators of HBCU’s and PWI’s is, is her statement really true?

My own position should be clear in this argument and I hope you understand that I fight to debunk the myths and stereotypes placed against you every day. So, Dear HBCU’s, I write to you with no regrets. I write to you apologetically that the media, community leaders, and politicians discredit your worth. I write humbly thanking you for the opportunity. I hope this letter reassures you that your work was not in vain. I need you to know that you have more of me out there proudly representing your name. You helped create futures that many never imaged. You’ve created doctors, lawyers, educators, University Presidents and CEO’s. We all thank you!

Years from now my future children will have to make a choice to attend an HBCU or a PWI. The truth is, they may not pick you; I’m okay with that and I hope you are too. My wishes are that by then, all that will matter is that they made a choice to engage in an educational process that would allow them to become productive members of a changing society.