Image of the Artist

When you think of Africa, one may envision a beautiful, complex land often plagued by cultural conflict and struggle. Artist and native son, El Anatsui, carries this troubling, yet intriguing history in his heart, spirit and in his mixed media artwork and installations. 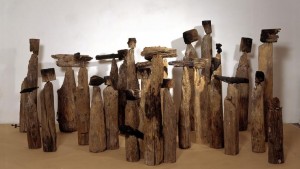 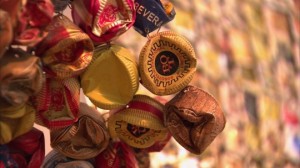 Detail, Courtesy of the artist

El Anatsui: When I Last Wrote to You about Africa, is an extensive career retrospective of the internationally renowned artist at the North Carolina Museum of Art in Raleigh, North Carolina. This amazing exhibit, on display in the Meymandi Exhibition Gallery in the East building until July 29, encompasses over sixty works created in the past forty years. There is definitely something for everyone to enjoy, as his bodies of work include paintings, drawings, prints, ceramics, woodcarvings and sculpture. Located directly outside of the main exhibition space, is a short video narrated by the artist that explores his process, Ghanaian heritage and the effects of colonialism, all of which greatly influence his work. 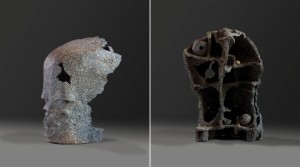 Chambers of Memory 1977, Courtesy of the artist

Born in 1944 in Anyako, Ghana, El Anatsui is the youngest of 32 children. A Presbyterian mission that he feels “isolated him from his culture” shaped his early upbringing. He holds degrees in studio art and art education from the College of Art at the Kwame Nkrumah University of Science and Technology in Kumasi, Ghana. In 2010, he retired from the University of Nigeria in Nsukka after thirty-five years of teaching. He manages a studio with twenty artisans, some of whom are his students. El Anatsui’s works have been featured in the Venice Biennale and in art museums and public spaces around the world. 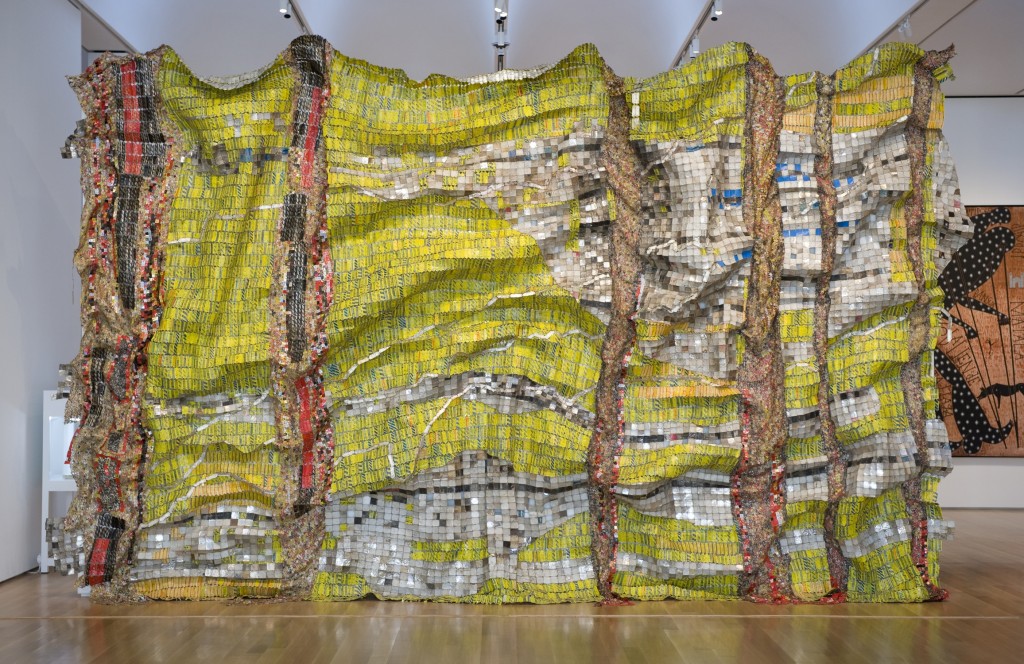 Lines That Link (Humanity), 2009 Courtesy of the artist

El Anatsui’s work is rich, beautiful and complicated as the themes in the work suggest. His creative process is non-traditional in that he primarily uses discarded material–liquor bottle caps, old pieces of driftwood, and powdered milk containers; he prefers a chain saw to traditional carving tools. His sense of color, line and form are impeccable and visually compelling. His wall hangings are some of his more popular pieces. They are made of liquor bottle caps and aluminum, hand-sewn with wire, and resemble fabric more so than metal. According to El Anatsui, “For me, the bottle caps have a strong reference to the history of Africa.” In the trans-Atlantic slave trade, alcohol was one commodity Europeans exchanged for African goods. 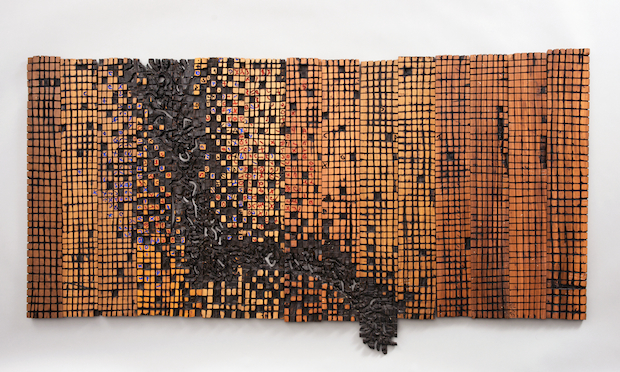 The North Carolina Museum of Art commissioned El Anatsui to create Lines that Link Humanity in 2009. This large scale, bottle cap wall hanging is housed in the Modern and Contemporary Galleries in the newer building. It is part of the museum’s permanent collection and is currently on display. 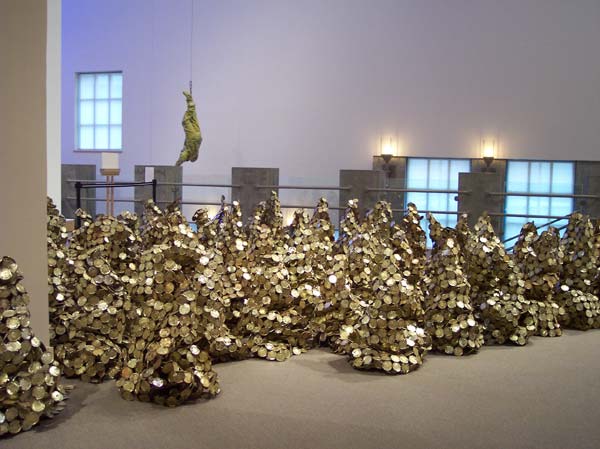 PeakProject, 1999 Courtesy of the artist

El Anatsui: When I Last Wrote to You about Africa is on display until July 29, 2012. It is organized and supported by the following organizations: the Museum for African Art in New York, the National Endowment for the Arts, the Andy Warhol Foundation for Visual Arts, the Lord Corporation, NC Department of Cultural Resources, the NC Museum of Art Foundation, Inc, and the William R. Kenan, Jr. Endowment for Educational Exhibitions.

Yonsenia White was a studio art professor for thirteen years and is currently embarking on a career in art therapy.  She is a mixed media artist who also conducts fine art workshops. View her artwork at yonseniawhite.com.