My wife, Kiara, is a co-leader for a great girls’ scout troop 4787. Most of the time her rule for the girls is that there are no boys allowed, except for our son Miles. When I arrive to pick up Miles from the group meetings I see a huddle of mothers outside waiting on their little girls. I rarely see a father. Every troop meeting is a stored happy memory without father. The fathers appear to lose out on those moments. Actually, it reminded me of a question my son asked me.

Several years ago, I lost my father to a long battle with cancer. I still find myself talking to him, in my mind, and wondering if he remembers me. I had a chance to spend his last days reminiscing about old stories. To this day, I remember my father’s sacrifice for me and my siblings. I want to make sure that create, share and tell my son that he is significant to me and that I remember him. 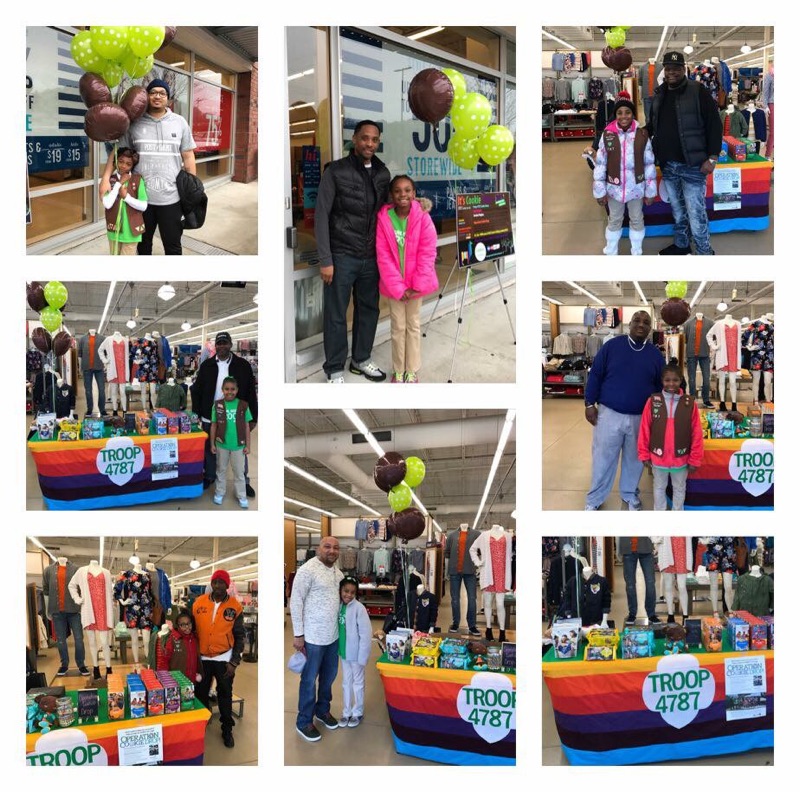 The general stereotypical American narrative of minority fathers still bend towards negative experiences. Often children complain about the absence of memories between them and their fathers. Or they shift the glory of fatherhood to an amazingly stable single mother. The girls and parents of Girls Scout Troop 4787 wanted to create memories with the fathers of the group.

The troop decided to include fathers in the annual sale of girl scout cookies. At first the idea was met with uncertainty. The moms did not know how successful this invitation to dads would be. However, the girls took charge and made it known that they wanted their daddies to participate.

So, the girls and their fathers planned a day of girls’ scout cookie sales at the mall. The fathers came from as far as Washington DC to share in this memory with their girls. The troop decorated their booth and wore their vest proudly. The inclusion of fathers was a success. Hats off to Troop 4787 for creating, sharing and allowing fathers to indicate to their daughters that they are significant to them. The fathers and the daughters will remember this happy day. Happy Father’s Day to the dads of Troop 4787 and dads everywhere.

Dr. Terrance Ruth is a Research Assistant at the Friday Institute for Educational Innovation at North Carolina University. Terrance earned his PhD from the University of Central Florida in the college of Public Affairs. Terrance’s research interest includes the theoretical areas of Globality and Structuration with a focus on future projections in ethnic and cultural perceptions.