Ask anybody at Cat’s Cradle this past Saturday night. There was no place they’d rather be than at that place, at that time. It was like a big family reunion in the building. Everybody knew everybody it seemed. People taking selfies, having a beer, catching up from the last time they got together, waiting in anticipation of what was about to take place. The countdown was on. The pre-game warm-up was cool too, with a dope DJ hyping up the crowd with his mixes of hip-hop, house and R&B hits. As the space filled up it was clear: The Foreign Exchange is boss and it was about to go down. 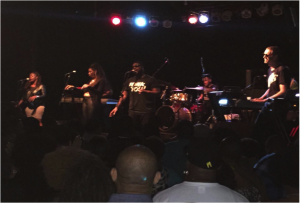 They hit the stage, obviously hyped and feeling right at home. From the first note to the last, FE delivered a constant rhythm of familiar tunes with dancing lyrics and roller coaster tracks. Hit after hit, everybody in the crowd singing along with each song, on their feet, hands in the air. One common theme moved throughout the concrete dance floor: joy! There was not one person in there without a smile on their face.

Led by the multi-talented and very funny Phonte Coleman, with Nicolay on keys, Nick Bagglio on drums, The Foreign Exchange is like that last piece of your grandma’s sweet potato pie on Thanksgiving. You savor it. You don’t want to rush when you consume it. You want to treat each bite like it’s your last and go slow so you can taste every flavor. That’s what FE did, they took their time on each song. No rush as they let the crowd get a good bite and take time with it, savoring every flavor dancing around in their lyrical mouths. The vibe was fun and free. You forgot this was a professional entertainment production while you got caught up in them performing the crowd favorite “Kick Off the Blues” feeling like you were listening to that smooth track and mellow flow at a backyard cookout. It was like a big party instead of a musical event, with FE serving as the hosts. We were just lucky enough to be on the guest list. 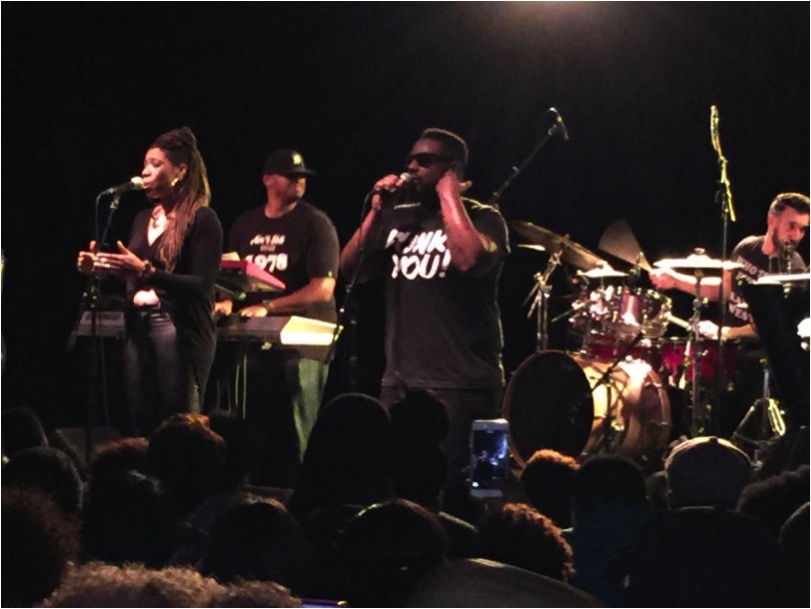 Brilliantly, The Foreign Exchange took the crowd for a ride on FE Street. From “Asking for a Friend” to “Better” to “All or Nothing” they went full throttle, never allowing any downtime. It was all electric and hyped from beginning to end. When they left the stage, it wasn’t a few seconds before the chant “Encore!” filled the air. And FE came back to the stage, mellowed out a little with “I Wanna Know.” But we knew Phonte was not going to leave that stage without giving us his rendition of Mark Morrison’s “Return of the Mack,” which brought the house down. Yeah, we wanted more, and even more. But like all great things, the show came to an end with one final “You can blame it all on me tonight,” and with that, The Foreign Exchange had another magical show in the books.

FE should know that whenever they come back home, we’ll be here to give them love. There’s so much meant for us to see, they might as well come a little closer. Until next time.