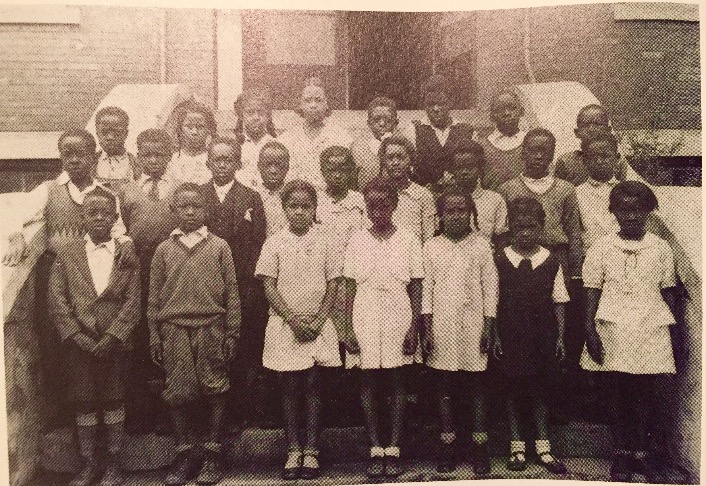 “Has Anything Good Come Out of Oberlin Village”?

The Oberlin Community – once a free standing African American Village two miles distant from downtown Raleigh now finds itself surrounded by urban Raleigh. Oberlin Road once known as Freedom Road is now paved over by progress. A change has come even though the Oberlin Village residents attempt to hold on to its proud history.

Oberlin was one of two large communities to form on the outskirts of downtown Raleigh after Robert E. Lee surrendered at Appomattos. The newly freed slaves took advantage of the West Raleigh farmers who subdivided their land into lots. At the beginning of the Reconstruction Era (1863-1877) a runaway slave James E. Harris and a carpet-bagger from New York, Sheriff Lee promoted Oberlin Village. James E. Harris played a pivotal role in the settlement of Oberlin Village because he studied at Oberlin College and the institution’s abolition activities are responsible for the naming of the village in West Raleigh. Harris was able to assist prospective home builders in the area and served as chairman of the National Freedmen’ s Saving and Trust and Raleigh’ s Cooperative Land and Building Association. Black families purchased land along a dirt path north of Hillsborough Street for about $50.00- an acre and began building houses. This dirt path, referred to as Freedom Road became Oberlin Road. Houses extended from Park Drive to Glenwood Avenue and to the west of Oberlin Road as far as Gardener Street.

Relying on their faith in God, some settlers joined Harris in his promotion of Oberlin Village, and by 1870, there were two churches, a school, a cemetery and a meeting hall used by the Daughters of Oberlin Lodge. The village was never recognized by the City of Raleigh as an official town and it never had elected officials, nor a fire or police department. Nonetheless it was self-sufficient, independent and well-organized community of proud hard-working and deeply religious black men and women.

Other former slaves around the country mirrored Oberlin Villages’ movements and embraced their new freedom in building strong communities.

In 1880, Oberlin Village had its own necessities: 1000 families occupying 200 homes. It also had its own school before the City of Raleigh established a school system. The first school was a house that sat on the land where later a brick building was built closer to Oberlin Road. The Oberlin Elementary School sat on the property where Interact is. The students attended from the first through the eighth grades. Children from the Nazareth Community and Smokey Town along with Stoney Hill and Lassiter’s Mill areas were educated by excellent teachers. The school was bulldozed between the late 60s and early 70s.

I was blessed to have done my student teaching at Oberlin School from January to March, 1958. Mr. Leonidas Haywood, Sr. was the principal and Mrs. Harriett Perry Butler was my corresponding teacher.

Wilson Temple United Methodist Church was organized in 1865. The seed was known as Wilson Chapel Methodist Episcopal Church. The late Wilson Willis Morgan contributed the land that the church was constructed on. He also was the first black senator. His descendants are very active in the church. He died in 1892 at the age of 65. The present pastor is Chris L. Brady.

In 1912, the Baptist Churches – Halls Chapel, First Baptist and Mt. Moriah merged to form Oberlin Baptist. Reverend Plummer Hall was instrumental in the organization of this church.

Oberlin Cemetery was designated a historic landmark by the Raleigh Historical Landmark as of February 2013. This hidden treasure has been revived by ” Friends of

Oberlin Cemetery” grassroots committee established in 2011 to preserve the legacy and  grounds of the cemetery and to create community awareness and education. It is located behind the Interact Building, 1012 Oberlin Road. It was dedicated in a ceremony on Sunday, April 21, 2013. Here lies the pioneers born into slavery, who established a thriving black village outside Raleigh. The cemetery is one of only two antebellum slave graveyards remaining in Raleigh. The other is the City Cemetery.

In 1920, Oberlin Village was annexed to the City of Raleigh. Oberlin Village’s prominence peaked during the early 20th Century, with both skilled and unskilled workers migrating to the community. Although it began as a rural community, the city grew up around Oberlin Village.

By 1983 only 75 families remained still dwindling, in 2014 only 50 families are still hanging on to “God’s Little Acre”, the best of all the rest out west.

Oh, by the way, we are still Oberlin Village, not Cameron Village.

These worship services are interchanged each year. A community choir provides the music. The pastors also provide the message interchangeably.

As of August 8, 1948, the News & Observer quoted, “From its beginning the Oberlin Community has been esteemed for its industriousness,high character and thriftiness.This has been a defining attribute of the community from that day

“A Few of Our Legends”

Cameron Village has taken that so we spoke of placing it down where the fire station is. (Park Drive) Even though they refer to Oberlin Village as Cameron Village, we are not. We would also like to have a marker to designate where Oberlin School was. Unless we get these markers, all of our hard labor and success will be lost. Thanks to the proprietors of the cleaners at the comer of Oberlin and Fairview Roads who thought enough of our community to put a wrought-iron fence in front of the cleaners with Oberlin Village on it.

Reverend Jesse Brunson stated he wasn’t sure that, Oberlin Village won’t be lost to commercial interest. He believes that becaDse Oberlin Village is history it deserves more than a developer’s bulldozer. It seems he might be right. Those of us who remain realize that the village might be lost, but the memories of our heritage can’t be. You see something good did come out of Oberlin Village, but even being the best that we could be wasn’t enough to survive.Will anyone inquire about Oberlin Village’s history or will they be more fascinated with commercial interest; the high rises, the office buildings, the oversized homes as they drive through an erased African American legacy.

“Worshipping God under Our Own Vine and Fig Tree”- Mrs.Dianne P. Turner 2004