Durham, North Carolina – Nature’s tranquility is in the air surrounding Historic Stagville Plantation these days, in sharp contrast to the experience of those enslaved here, in the 1800s. As I look around, it is postcard pretty on this pristine northern Durham County estate. And while the birds chirp in harmony, I suspect a century and a half ago there were no blissful melodies where I stand. 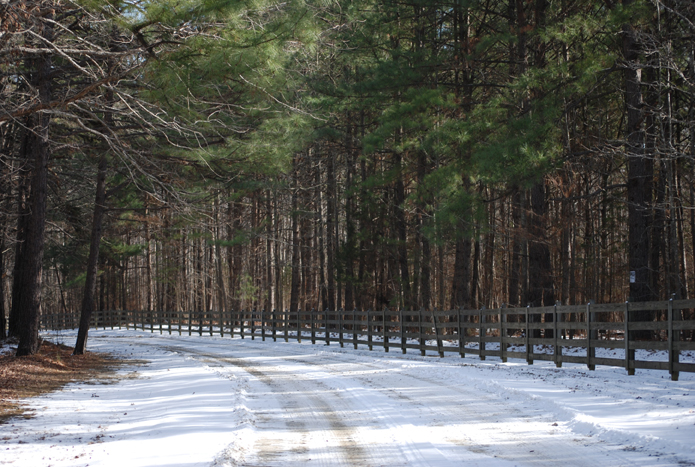 A trail leads to the Stagville estate.

This is one of the largest plantations this side of the Mason Dixon Line – it was the largest slave operation in North Carolina.

Upon entering a ranch-style gate, right off Old Oxford Highway, I am met by towering pine and maple trees along a snow-covered trail that leads me to a weathered, off-white Georgian-style home. The slaves who lived on the property might have referred to it as “the big house.” Here is where the affluent founder of the plantation –  Richard Bennehan – once lived with his family. The home doesn’t appear majestic at all, but in the eighteenth and nineteenth centuries, the two-story, 2100 square foot structure was considered grand by pre-Civil War standards. In 1973 it was listed on the National Register of Historic places. Several moldy, large rocks serve as evidence that there was at least one slave quarter that sat within a very short distance of the house – perhaps it was where the domestics lived. 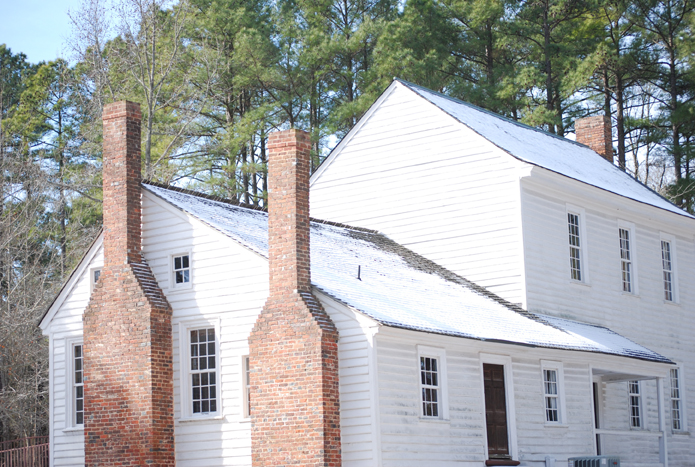 Bennehan, and later his son-in-law, Duncan Cameron, amassed a great deal of wealth in those days. They had more slaves working these 30,000 acres of land than most plantations had in the South – about 900 slaves on the property to be exact. Their surnames were Justice, Edwards, Gill, Shaw, Hart, Dumas, Williams . . . the list is long.

An enthusiastic site manager awaits me at the main office up ahead. Stephanie Hardy is herself an African American who is passionate about history. “We are open about carrying on the legacy of the free and the enslaved,” says Hardy. She speaks of the American Girl doll and fiction children’s book series, Addy, which is inspired by a child slave who once lived here – the black doll proudly sits on display in an exhibit area along with pre-Civil War artifacts and other memorabilia encased in glass. “A lot of people felt as though freedom would be a burden for us,” says Hardy. “But look at us, we are still here.” 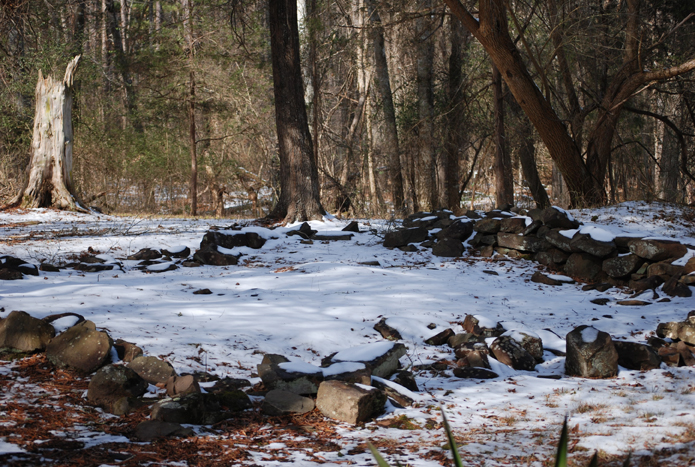 Remnants of where a slave quarters once stood on the Stagville Plantation.

Slave narratives that had been collected as part of a federal project in the 1930s are recited here almost on a monthly basis. Ongoing genealogical studies at the University of North Carolina Chapel Hill trace descendents of enslaved families. Some of the families in and around Durham have begun using the 69-linear-foot archive – the records were handed over by the Bennehans. Hardy remembers growing up and finding it difficult to stomach the brutality of slavery, “But as I got older”, she said, “It became a responsibility to dispel myths and keep stories alive.” 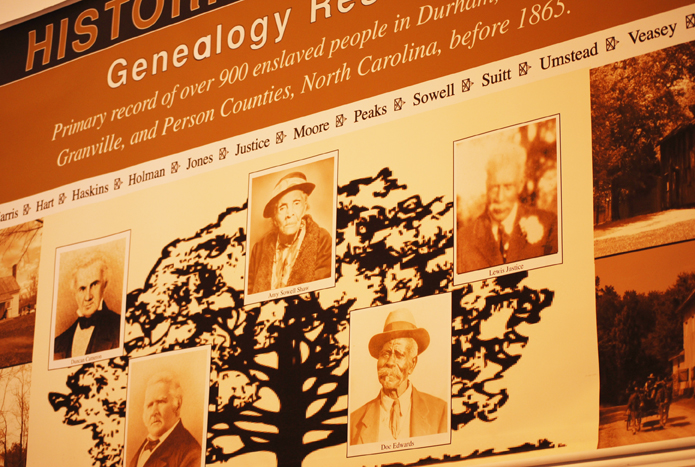 Genealogical research is being conducted in collaboration with UNC Chapel Hill to trace descendents of area families.

There are a growing number of visitors to Historic Stagville – the number of guests doubled in recent years to about 13,000 annually. Jeremiah DeGennaro is one of the historic site’s young docents. He’s a Caucasian who grew up in California. He takes pleasure in the challenges that come with interpreting the history at the plantation. “You get people who don’t talk about it, and then there are people who want to talk about it all the time, but also you have this interesting middle,” DeGennaro said. The state-funded and operated facility gets most of its traffic from out-of-state visitors. DeGennaro says, “Maybe there’s nothing like African American Slavery, but maybe we can find analogies that help people know what it might have been like, and understand that these issues we talk about, may not be long gone.”

From the exhibit, I head to another part of the estate. I am in my car trailing Hardy, who is driving an old rusty pick-up truck. She brings me about a half a mile up the road on another parcel of land where there are remnants of original structures. There are huge fields all around me. Back in the day you might have seen wagons and mules hauling bales of cotton and tobacco to and from these fields. We drive up to four worn out slave quarters, each standing a stone’s throw apart from each other. Hardy steps outside the truck and says, “I know if I was born a hundred and fifty years ago I’d be a slave for no reason other than the color of my skin.” A little farther across the way she points me in the direction of a big barn house – everyone knew this to be the “Great White Barn” in those days. 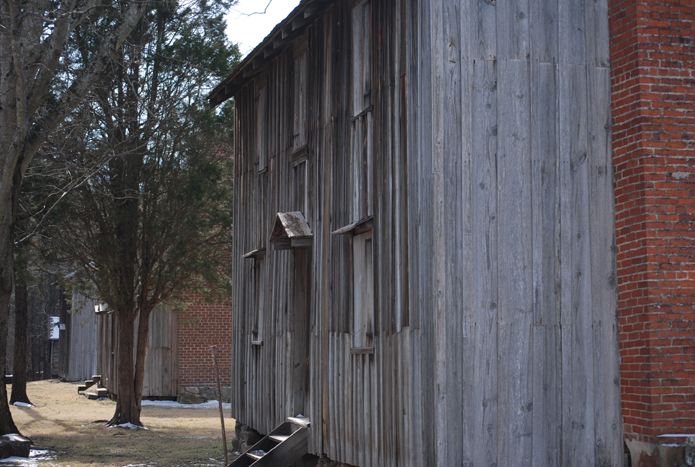 Several slave quarters in their original form and other historical artifacts remain on the property.

Every one of these two-story houses was built by slave hands, and so too were the chimneys. Hardy now points to fingerprint impressions in the brick and mortar. There were four families to a slave quarter, and about twenty five people total in each unit. “There are houses built in the 70’s that are falling down. We show irony,” says Hardy, gesturing toward the structures, “They’re still standing.”

Historic Stagville is free and open to the public from 10:00a.m. to 4:00p.m., Tuesday through Saturday. For additional information visit the website at www.stagville.org, or contact Stephanie Hardy at (919) 620-0120.

Charles Martin has a combination of over 10 years of professional marketing communications and journalism experiences. Martin has worked for large brands such as NBC, Touchstone Energy and Kodak, and currently provides communication and brand consulting services to micro-enterprise companies as the owner of Media Guru Communications, LLC in Wake Forest, North Carolina.