“Spring cleaning” no longer applies to only dwelling places and garages.  With the onset of spring’s longer days and milder temperatures, people here in North Carolina are digging out those exercise clothes that have been collecting dust all winter and rebooting their bodies.

Running is Angela Oldham’s exercise of choice.  She chose running over other exercise methods because it’s free and she enjoys being outside.  Overweight during her childhood and into her early 20s, four years ago she first started walking, and then graduated to running as a way to keep the pounds off.  She also finds that running keeps her stress level down and anxiety away.  Choosing to run alone, Angela runs about four miles, and tries to do it at least three times a week.  “Running by myself, I can do anything I feel like, I can run as fast as I want, or push myself as far as I want.  There’s nothing like outside air flowing in your face.”

Although she feels safe running around her neighborhood, she still likes to run in the light of day, however, the winter’s short days make it difficult for her to get runs in after leaving work during the week.  Spring will be a welcome change for Angela. 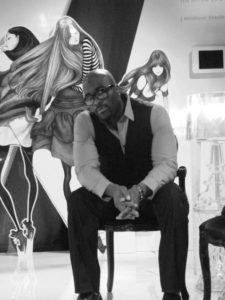 Even though he prefers to work out inside the gym, aspiring model and actor Toborris Miller is still stepping up his workouts for the spring.  Toborris started consistently going to the gym to work out about three years ago.  He was drawn to the gym because he finds inspiration in being surrounded by others also reaching for their fitness goals.   Toborris’ workouts manage his weight, keep him fit and healthy, and help him just plain look good in his clothes.  In the entertainment business, he says that working out is a requirement, as there will soon come a time when he will be “constantly in front of the camera, always being watched.”

Four to five days a week, Toborris hits the gym for up to an hour and a half.  He concentrates on his upper body, using the chest press, free weights, and the weight bench, and he does lots of cardio.  Toborris says that an increase in cardio will help him to become leaner, and with spring coming, he plans to get outside and add jogging to his exercise repertoire. 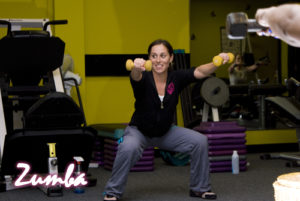 Jacquelyn Lara has been a certified Zumba® instructor since October of 2010. Zumba® is a Latin-inspired fitness regimen that incorporates Latin and international music with dance.  Jacqui enjoys Zumba® because it is available for everybody and it targets people who don’t like to work out.  “Zumba® tricks you into working out because it’s fun,” she says.

In her freshmen year at NC State Univ., Jacqui became a part of the Latin dance club.  By her junior year, she was the coach, and held that position for two years.  After graduation, she taught Latin dance lessons for the City of Raleigh, and soon moved on to Latin aerobics.  All of this dance and exercise experience made her transition into Zumba® fairly easy.  With Zumba®, instead of focusing on the steps like she would with a partner, she says the focus is on the fitness, “and I like it just as much!”

For spring, Jacqui is excited to debut her Zumba® Toning class.  Zumba® already offers an effective cardio workout with some toning, her Zumba® Toning will add weights for strength training.  Also planned for spring, Jacqui will lead the walkers’ warm-up prior to the Raleigh “Walk for Lupus Now” in May.  For more information on Jacqui and the fitness services she offers, click on http://www.u-naa.org/.

Whether you enjoy the outdoors, the gym or a class environment to work out, there are many choices to renew your commitment to wellness this spring.  Jacqui Lara said it best, “Anything that you’re dedicated to will work,” so let’s get moving NC!

Anitra S. Hill is an accomplished program coordinator with substantial experience in the public sector.  She holds a B.A. in English from Tuskegee University, a Professional Writing Certification from NC State University, and a Master of Public Administration degree from Walden University.  Outside of her professional life, she enjoys being outside in the sunshine, preferably on the beach, and listening to music, while singing along.  Born in Brooklyn, NY and raised in Selma, AL, Anitra was a resident of Raleigh, NC for more than 15 years, and is currently reveling in her new home in Atlanta, GA.