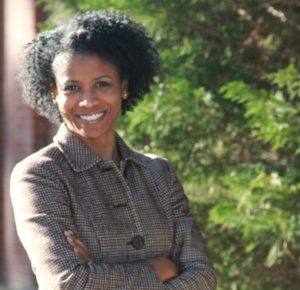 Did you miss him?

If you blinked you might have. If you didn’t attend Internet Summit 2015 in downtown Raleigh this year, then you definitely missed him. I’m talking about Russell Simmons.

This past November, the “Southeast’s definitive internet gathering” convened in downtown Raleigh for attendees who wanted to talk tech and load up on tech swag. Topics at the conference ranged from developing digital strategies to harnessing the power of emerging technologies, with keynotes and session talks delivered by some of the top industry leaders in the tech field. There, among representatives from Uber, NASCAR, Google, and Hearst, was Mr. Simmons, the preeminent hip-hop cultural icon and business man.

To say that Russell Simmons was and remains an entertainment leader would be an understatement of his accomplishments. In 1983, Simmons cofounded Def Jam record label with Rick Rubin. However, Simmons was not to be confined to the entertainment world as it was traditionally defined. Instead, he parlayed his business acuity, network, and work ethic into a conglomerate of enterprising interests that, although not so commonplace at the time, are now just good business sense and in a word…expected. If you aren’t building, you’re dying.

His Phat Farm clothing line, American Classics Eyewear, and RushCard all connected with both sides of the business and entertainment worlds. According to his bio on the Internet Summit website, “in 2006, Simmons broke new ground in becoming the first African-American to launch a major jewelry company, Simmons Jewelry Co. (SJC). SJC is now a leading supplier of branded men’s jewelry to leading retail chains Sterling and Zales, while funding educational programs in Africa…through the industry-supported work of his ground-breaking charity, The Diamond Empowerment Foundation.” Add to that the projects he has developed with his eponymous Rush Philanthropic Arts Foundation, and one can use Mr. Simmons as a model for understanding and for building enterprise systems that intersect in a multitude of ways. This brings us to where Mr. Simmons is today…at Internet Summit 2015.

Rush Communications is Mr. Simmons’ holding company for his investments and endeavors. According to its website, the company focuses on entertainment and media; fashion and lifestyle; and empowerment, and this has not gone unnoticed. Forbes Magazine named Mr. Simmons one of “Hollywood’s Most Influential Celebrities.” USA Today called him one of the “Top 25 Most Influential People of the Past 25 Years,” for his successfully launching a vision that has influenced not only music, but the related industries of television and film, and the not so related industries of fashion and finance. As the Internet Summit’s website sums it all up, “Simmons’ businesses have always been rooted in giving a powerful voice to emerging creative and social movements, and integrating them into the American psyche.” Mr. Simmons, has in effect, developed a playback for those in the entertainment melting pot to stand out. As it has been said, sometimes in order to be outstanding, you have to stand out.

The technology world is moving forward with advances that go beyond what anyone could have originally envisioned for internet and technology even ten years ago. However, what’s happening now is the growing influence of popular culture on technology and the appeal of disappearing boundaries. The convenience of referring to technology as the shortened nickname “tech” represents this very idea. Personalities are now multi-dimensional companies with overlapping interests, goals, and achievements, and tech fits into this perfectly.

Shelia A. Huggins is a North Carolina licensed attorney who practices primarily in the areas business and contract law. Her niche is working with new and expanding businesses in the entertainment and sports worlds. Ms. Huggins obtained both her undergraduate and graduate degrees from North Carolina State University. She has a law degree from the University of North Carolina at Chapel Hill and a Certificate in Documentary Arts from the Center for Documentary Studies at Duke University. As an attorney, she has worked with musicians, filmmakers, writers, performing artists, restauranteurs, and a variety of small business owners across the state. As an artist, she has been recognized as an Ella Fountain Pratt Emerging Artist in Photography and was selected as a 2015 Documentary Fellow.