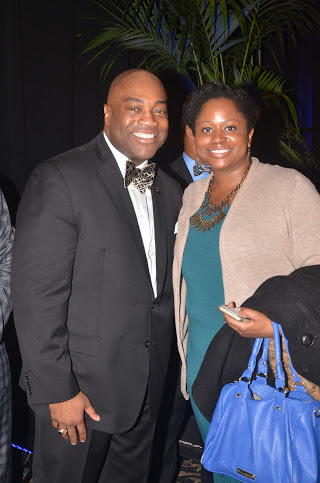 The more I engaged him in conversation, the more apparent it became that he had fully activated The Love Life through his ministry and leadership. As we discussed the meaning, source, and application of love and his belief that love is “never unhinged from God,” I knew that he had not only experienced the length, width, and depth of a greater love but had committed his mind and spirit to living this transformative love that had ultimately transformed him.

Rev. Mark-Anthony Middleton, pastor of Abundant Hope Christian Church in Durham, NC, caught my attention last summer after I attended a panel discussion on the relationship between the Durham Police Department and the community. During this conversation, he spoke, with intelligence and conviction about the importance of establishing more trust between police officers and communities. Later, I began to follow him (on social media) to better understand the ways in which he enacts his faith to serve his, our, community. As a result, I began to see him or his name pop up, seemingly, everywhere. As it is with many community leaders, I wanted to learn more about his trajectory. However, equally important was gaining an understanding of the congruence between his leadership and love. So, I set up an interview to discuss The Love Life.

Upon sitting down with Rev. Middleton, I quickly realized that he’s been on the interview circuit quite a bit. His tone of voice, expressions, and poise were indicative of someone who has developed effective tools to engage with the media. However, about 5 minutes into the interview, I felt like I was talking to a long-time friend. That’s because Rev. Middleton not only shared his philosophical-theological perspective on love, but offered me a glimpse into what The Love Life means and looks like for him.

In an attempt to capture the essence and power of his words, I’ve shared some of Rev. Middleton’s statements that most resonated with me. 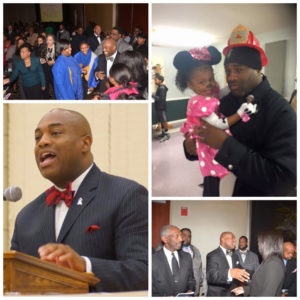 Rev. Middleton and I also discussed his ministry journey and he openly shared his experience of planting a church and veering away from the expected and prescribed trajectory. His words displayed a very lucid joy, love, and passion for the people of Abundant Hope and the Durham community.

Zora Neale Hurston once said, “Love makes your soul crawl out from its hiding place.”

It is brilliantly clear to me that Rev. Mark-Anthony Middleton’s soul has answered God’s call of love and in response he is living The Love Life. As I reflect on my time with him, I am grateful that there are people in my community who vibrate love at high enough frequencies to reach those who often feel unloved, unloveable, and hopeless. It is my prayer that this “transformative, evolutionary, revolutionary, and never unhinged love” will always be enough.