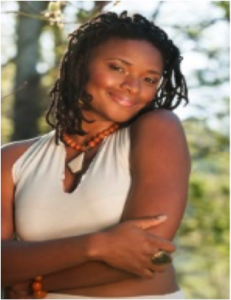 Her voice has been described as rich as bourbon or smooth as soft leather. Her messages cause listeners to feel spiritually uplifted although she is not attributed to being a gospel artist. When you hear Lizz Wright sing, you can only think of her as luscious; you begin to crave her, not wanting her songs to end. You want to hold on to her voice, take time with it, and share it with others. Her deep alto tone stirs up the soul and gives life to words that can leave you asking yourself, “When can I get some more?”

Lizz Wright, you see, has a voice, and a very beautiful one at that. She’s been compared to artists such as Norah Jones because of the way her music is so intellectually accessible and her voice just soothes you smoothing out all of the twists and turns of the day. Wright doesn’t mind being compared to the singer who also fuses jazz, traditional pop, country, and folk into her soulful expression. “I appreciate her and I’m happy she happened. Our music is happy, comforting and intelligent,” she says. “I am a little more eclectic in my approach. What is interesting is how there is not enough acceptance of black females expressing gentleness and calmness. I am glad to find success with doing that,” she added. 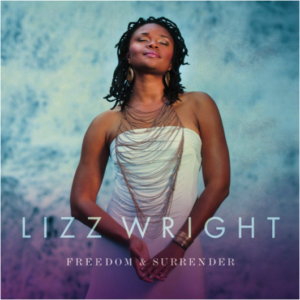 Miss Wright was born in a very small town in Georgia, the daughter of a minister, so it’s no wonder she began singing gospel music at a very early age. She says she always knew that she would become a singer, but not at what level she would reach. Thus, she prepared for what she calls a “regular” job: she went to culinary school. “I used to dream that I was being interviewed,” she recalls. “I always knew that being a singer would be in my future. I am just so blessed to be here as a vocalist and to be present,” she says. “I love music and to be able to use it as a means of living is really great.”

Growing up, she and her family always had a deep connection with the land and nature with growing their own food, and using that to connect with the community. On the 2 acres of land where her house rested, one-quarter to about half was a garden. They would pick vegetables year round and share them with others in the community and vice versa. After moving to Brooklyn however, she got away from living off the land. It was too easy to breeze around the corner to the deli or go a few blocks to the grocer and pick up what’s for dinner. Her decision to leave the fast-paced urban lifestyle of Brooklyn and relocate to Concord, NC, had a lot to do with this connection. “When I would drive back home, it would be great to be alt to see the land,” she said. “Nature makes sense to me. It makes me feel at home and helps me process things. I decided to return to the land so I can reconnect, and extend that tradition to my children of living off the land,” she continued. Although now it’s about a 40-minute ride to the nearest grocery store for her, the benefits she receives from living among nature instead of in a concrete jungle is worth the inconvenience. She does get back to Brooklyn though, and when she does she appreciates that lifestyle for what it offers. But she says living at a slower pace in North Carolina has allowed her to learn how to really see nature again. “I love going back to Brooklyn now because I have learned how to watch the sun go down anywhere. The last time I went back, I sat out on the stoop with an ice cream and just watched the sunset and said to myself isn’t that cool?” she said. 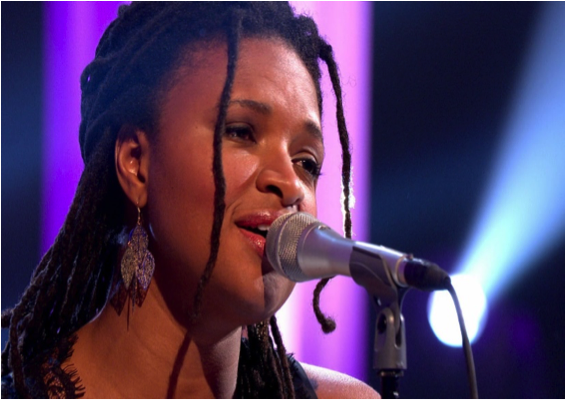 Her latest work, Freedom and Surrender, is a collection of love songs intentionally sequenced to create an artistic experience. Not one song holds it all. You have to listen to every song in order to get the full message of love. “The songs have real life painting in all of them,” she says. “The album is an ongoing dialog told through a collection of stories and moments in conversations about freedom and about surrender,” she adds. She is particularly fond of the dance track Lean In because it is not like any other song she has ever done. It was a result of playing around with a drum machine with a colleague and the song was the result. It is another true testament that when you just do what you love, greatness can come out of it.

It’s only fitting that her latest work is a collection of love songs because it is the love of people that keeps her so excited about her work. “I love people and the study of being human,” she says. “I’m curious. That’s why I do not focus on a particular genre of music. I don’t stick to just one. I will sing whatever style of music that will allow me to get to know you. Through storytelling and music, I can learn who you are and show who I am.” For her, singing is just storytelling, a skill she developed listening to the stories her father used to tell them as kids. She channels that into her music now which comes so easily and freely.

Lizz Wright hopes that her works reach people in ways that are uplifting, encouraging, and true. She says that a very old, old way to care for people is to sing them a song, and she shows she cares for the world when she sings. “I write and create music to bring relief to my own soul, and maybe, hopefully to someone else’s.” We are sure that she is doing just that.

For more information on this premiere jazz and R&B singer and composer, please visit her website at www.lizzwright.net. You can listen to Freedom and Surrender at www.allmusic.com.