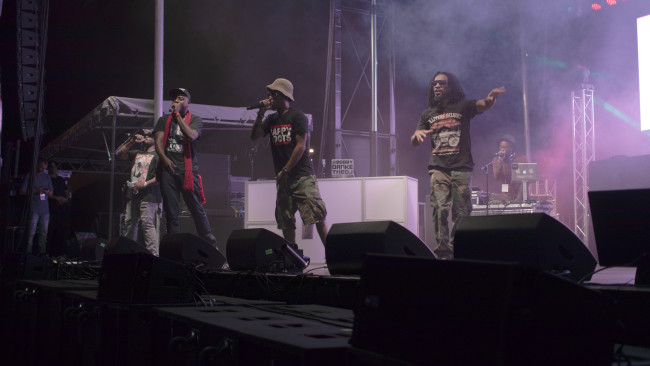 Attendees of the Packapalooza 2015 festival were treated to some great music! Sure, there were cover bands and lesser-known acts that were really good, but what the NC State University faithful got was some down home, straight-no-chaser hip-hop.

Leading the way for this show was Kentucky’s own Nappy Roots who hit the stage with authoritative energy and charisma. Being the seasoned rap vets they are, their groove was the perfect warm up for the crowd. While being careful to plug their newest album, The 40 Akerz Project, the Nappy Roots moved the crowd with tracks, both old and new.

We were able to sit down with JAMLA records founder, 9th Wonder. He wears many hats: including DJ, producer, and most recently professor. While his career has been storied thus far, he explains that there is much more to be done. As the de facto flag-bearer for North Carolina hip-hop, the visionary explains why it was important for him to stay local. He is passionate about sourcing the home-grown talent in the area. Many on his team are friends he has known for years. He explains that it is also important that those here in our communities see that you can make it without leaving your loved ones. “The internet was the window to the world that has made much of my success attainable,” he stated. 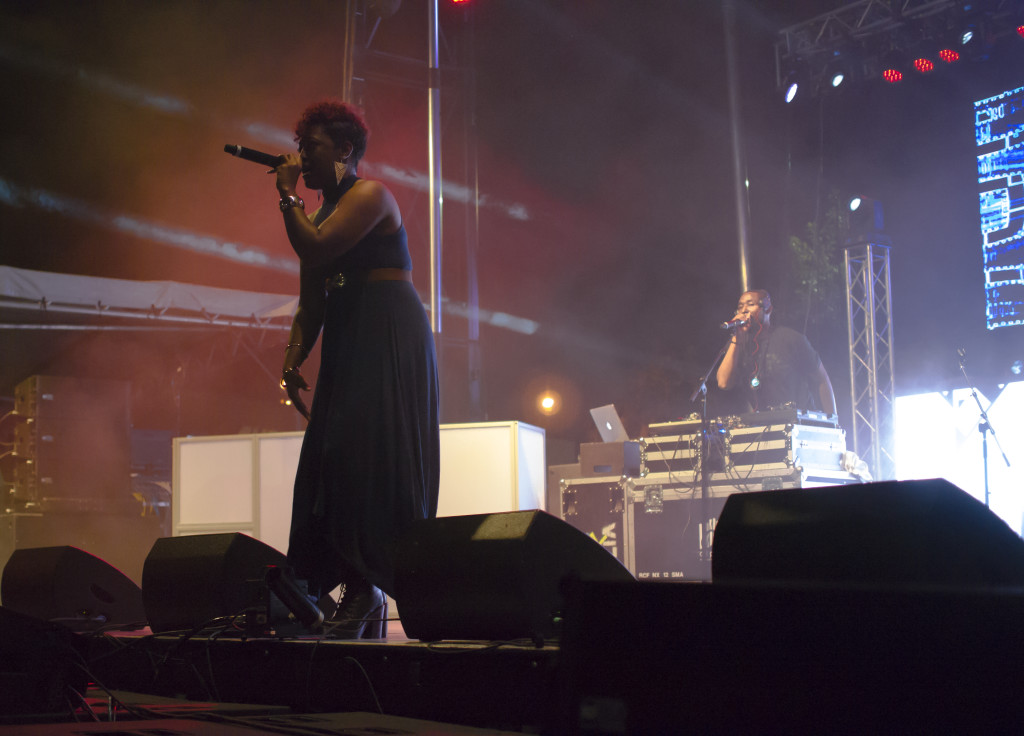 His most recent project includes work on Jill Scott’s latest album Woman. 9th is planning to stay busy working with the likes of Talib Kweli, Brother Ali, Pharoahe Monch, and GQ (an-ex UNC Basketball champion who happens to be an even better MC).

When asked about her experience working with her mentor and producer 9th Wonder, Rapsody describes it as being “…simply wonderful.” She credits the mentorship and family-like atmosphere he has created with making it much easier for her to be an artist. “Often times the difficulty of being an artists is caused by the people artists trust and endear their careers to. It is not that way at JAMLA.”

Rapsody has found herself quite busy working with artists from California to Chicago, and myriad places in between. Rapsody shared that “often times the reputation he (9th Wonder) has, and the product that he produces are so well-respected that there are endless opportunities to exploit. Rapsody encourages anyone, artist or otherwise, to work for what it is they would like the end result to be. “Anything you want in this life worth having should be worth putting in the work for,” she stated. Currently, there is a new album in the works from Rapsody. Other endeavors outside of music include the possibility of a clothing line, children’s book and acting.

Founder and Editor of EmergeNC Magazine.