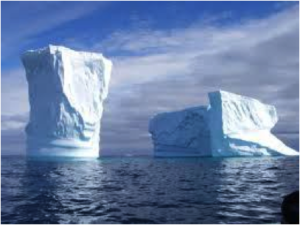 An iceberg is a beautiful structure of nature. Each one is unique and has two distinguishing features; the mass you see on the surface and the larger mass you don’t see below the surface. 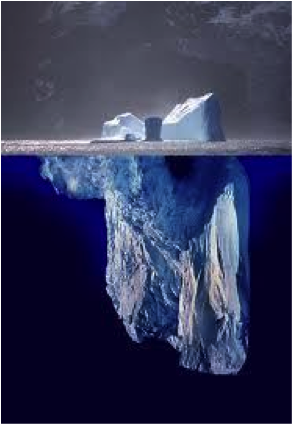 On April 15, 1912, at 2:20 am, the Titanic, then the world’s largest and most luxurious ship, hit an iceberg and sunk. This tragedy was etched in history, because hours earlier, this “unsinkable ship” had been warned five times that an enormous iceberg was in its path. The lack of acknowledgement and respect, for what was beneath the surface led to the deaths of 1513 people as the hidden portion of the iceberg ripped a 300-foot gash on the right side of the vessel.   Just like an iceberg, people, businesses and life experiences have a surface (consciousness) and something beneath the surface that is not easy to see (subconsciousness).

This series of articles will create some awareness that the something beneath, your subconscious, influences your present and future actions. It will highlight ways to transform your subconscious in ways that will accelerate your life and business. And finally, the series will begin to quantify the value of investing in your mind or purposely retraining your brain for personal and business endeavors.

What are you? You are the sum of your spirit, emotions, mind and body. Your mastery and expression of these components are generally known and measured as Spiritual Quotient(SQ), Emotional Quotient(EQ), Intellectual Quotient(IQ), and Physical Quotient(PQ). Hundreds of books and articles have been written on these subjects and I will discuss the importance of each component in later articles. For now, let us continue to focus on the role experience has in increasing your probability of business success. In particular, we begin with how the subconscious impacts your experiences.

Your experiences will forcibly shape the expression of SQ, EQ, IQ, and PQ. I have coined the measurement of your ability to process experiences in a continually intentional, purposeful, enlightening, and evolving way as the Experiential Quotient(ExQ). 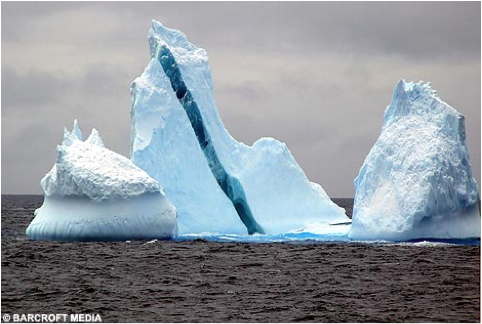 Albert Einstein said, “doing the same thing over and over and expecting a different result is the definition of insanity”. We all remember moments of this insanity in our lives. We ask ourselves how did this happen or why do I keep engaging in this destructive behavior?   We do not consciously get into these situations in business, on the job, or in relationships. It seems to just happen. My son and I call this a “Thought Trap”. (Listen to a sample of our song that describes this phenomenon).

As part of my father’s doctorate degree, he received his psychological profile. He gave me some of his subconscious traits in the hopes it would help me understand the iceberg behind some of my actions. One such thought trap he experienced was an “urgency tendency”.   Everything was always urgent. I do not remember the details of the conversation, but he was excited about being aware of this “Thought Trap”. He said, that it kept him from enjoying many significant moments. It had caused him to miss many important things in life and had a negative impact on both goals and relationships. In retrospect, when I was at home, we were always in a hurry to get some place. I heard my father say we both needed to reprogram our mind.   But it would be many years before I paid attention to his suggestion.

It’s now a proven fact, that your subconscious mind is running most of your life! A new perspective of why we are the way we are has been introduced by some cutting edge scientists. Dr. Bruce Lipton, former professor of medicine at Stanford University, says the new science of epigenetics has shown that our genes are in fact controlled and manipulated by how our minds perceive and interpret our environment. It was formerly believed by science that it is our genes, themselves, which dictate our traits; they form who we are and how we do what we do. The new findings are great news because it means that we can change many things about the way we are by changing how we interpret events and situations that happen to us.

Becoming aware of my “urgency tendency” was only one step in being able to reprogram my mind. Becoming aware of key destructive ‘thought traps’ which seem to be permanently frozen in your iceberg will take work to dismantle. It will require commitment to chip away at those limiting beliefs that keep you from experiencing success.  You are now aware that the iceberg is there. You have been warned as the Titanic was warned. Are you willing to do what is necessary to change your brain? The next article in this series is “Understanding The Gap, Rerouting the River”.   In this article, I will discuss how the iceberg is formed, when it can be altered and insight into reshaping it to work for you. I will begin to tell you how to increase your Experiential Quotient (ExQ).

Dr. Isaac B. Horton, III has more than thirty-two years of business experience of which ten of those years, he worked in major corporations in research, manufacturing, international sales and marketing, strategic planning, and profit loss responsibility. He left corporate in 1994 and has more than twenty-two years of experience as an entrepreneur. Dr. Horton has been awarded over 140 patents, taken companies public, acquired international companies, sold companies, raised millions of dollars and won top awards both regionally and nationally.